The NHS in England has acted to calm a storm of controversy over how hard it is to see a family doctor, announcing a range of measures designed to improve access and put more power into the hands of patients.

Since the start of the Covid-19 pandemic, many GP consultations have moved online, sparking a concerted campaign, including in parts of the media, for more face-to-face care as the crisis eases in the UK.

As a £250m NHS winter access fund was announced, NHS leaders and the government made clear that securing a slice of the cash would be dependent on the level of in-person appointments a practice offered.

Health officials said that “practices that do not provide appropriate levels of face-to-face care” would not be able to access the additional funding and would instead be “offered support to improve”.

With a manifesto-busting rise in national insurance contributions announced last month generating an additional £36bn in funding for the NHS and social care over the next three years, the health secretary is under pressure, not least from his own Conservative party, to show the money will deliver real improvements.

Sajid Javid, health secretary, said: “I am determined to ensure patients can see their GP in the way they want, no matter where they live.”

The plan would “tackle underperformance, taking pressure off staff so they can spend more time with patients and increase the number of face-to-face appointments”, he added.

However, the British Medical Association slammed the announcement as flawed and said patient care would suffer as a result.

Dr Richard Vautrey, who represents GPs at the doctors’ professional body, said: “After weeks of promising an ‘emergency package’ to rescue general practice, we’re hugely dismayed that whilst additional funding has been promised, the package as a whole offers very little and shows a government completely out of touch with the scale of the crisis on the ground.”

Officials added that the new fund would enable GP practices “to improve availability so that patients who need care can get it, often on the same day if needed”. The investment would fund stand-in locums and support from other health professionals such as physiotherapists and podiatrists.

Every GP practice would have to “seek patients’ input and respect preferences for face-to-face care unless there are good clinical reasons to the contrary”, they added.

Amanda Pritchard, NHS chief executive, said: “Improving access to high-quality general practice is essential for our patients and for the rest of the NHS too.” 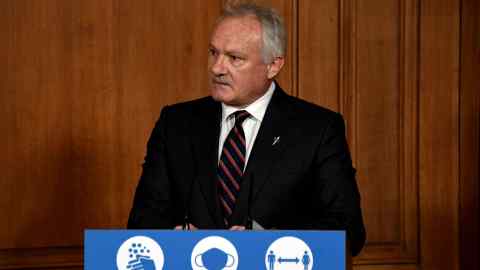 From spring, all GPs will be expected to publish data on how many patients they have seen and their capacity, as well as waiting times. This, said health officials, would “enhance transparency and accountability”, as monthly statistics are currently published only at a less granular level.

Under the plan, some telephone systems will be upgraded, in a move to tackle long phone queues faced by many patients. People will also be able to rate their practices via text message based on how easy it was to get an appointment.

Amid a growing number of reports of staff being assaulted by angry patients, Javid announced measures to tackle abuse and harassment “so staff at GP surgeries who work so tirelessly to care for patients can do so without having to fear for their safety”.

He has also acted to release more time for appointments by reducing administrative burdens on GPs, for example by widening the range of people who can provide fit notes and DVLA checks.