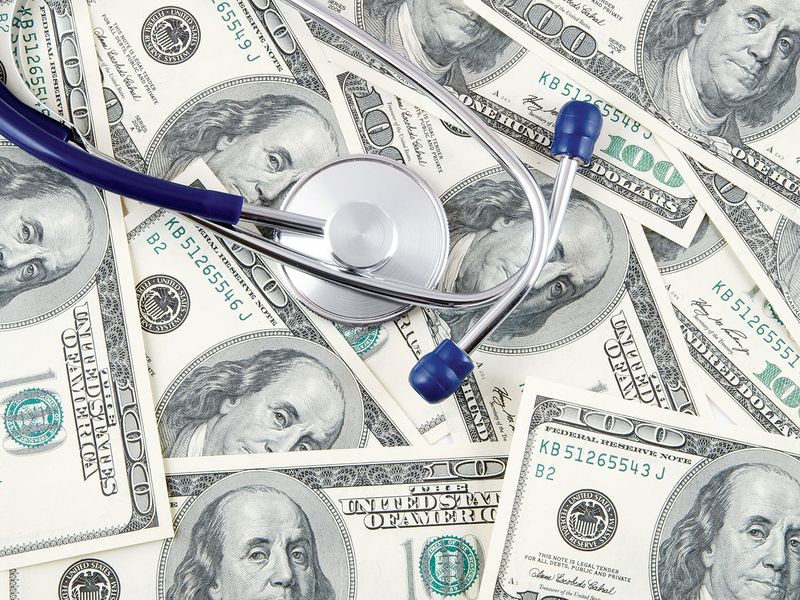 SACRAMENTO — Gavin Newsom put California’s healthcare industry on notice when he was a candidate for governor, vowing in 2018 to go after the insurance companies, doctors and hospitals that leave many Californians struggling with enormous medical bills and rising insurance premiums.

He pledged to lead California’s single-payer movement, a high-stakes liberal dream that would eliminate private health insurance and slash how much providers are paid. The tough rhetoric continued after he was elected, when Newsom told insurers to “do their damn job” to improve mental health treatment or face fines, and he vowed to cut the healthcare industry’s soaring revenues.

“We’ve got to get serious about reducing healthcare costs,” the first-term Democrat said in January 2020 as he unveiled his proposal to establish an Office of Health Care Affordability that would do the unthinkable in a system powered by profits: set caps on healthcare spending and require doctors and hospitals to work for less money. “We mean business.”

Industry leaders were rattled. But rather than mobilize a full-throttle defense to sink Newsom’s effort to regulate them, they have used their political clout and close ties with the governor to devise a friendlier alternative that doctors, hospitals and insurance companies could live with.

When Newsom ultimately drafted legislation for the office, he took an idea healthcare executives had pitched and made it his own: Instead of capping prices or cutting revenues, he would allow industry spending to grow — but with limits.

Political infighting killed the legislation this year, but it is expected to come back in January and spark one of next year’s blockbuster healthcare battles.

“They’re fearful of what might happen to them, and they’re trying to protect their interests because they’re threatened,” David Panush, a veteran Sacramento health policy consultant, said about healthcare industry players. They know “there’s blood in the water and the sharks are coming.”

If Newsom’s plan to rein in healthcare spending succeeds, it could provide him some political cover as he campaigns for reelection next year, giving him a major healthcare win even as he sidesteps progressive demands such as creating a single-payer system.

But it could also cement the power of an industry that continues to wield immense influence — negotiating behind the scenes to protect its massive revenues and secure exemptions and side deals in exchange for its support.

“Every time we try to do something to reduce healthcare costs, it meets with huge opposition,” said state Assembly member Jim Wood (D-Santa Rosa), head of the Assembly Health Committee, who is working closely with the Newsom administration on this proposal.

Industry power players have only pushed back harder as lawmakers have tried to take them on, Wood said. “Anybody or anything that disrupts the status quo is met with huge resistance and huge resources to fight it,” he said.

When Newsom took office in 2019, he knew public sentiment was turning against the healthcare industry. On average, healthcare costs were around $11,600 per person that year, up from $4,600 in 1999, according to federal data. In California, hospitals account for the biggest share of spending, nearly one-third, while 20% of health care dollars goes to doctors.

California consumers are demanding action, with 82% of state residents saying it’s “extremely” or “very” important for the governor and legislature to make healthcare more affordable, according to a 2021 poll from the California Health Care Foundation.

Much of Newsom’s tough talk on industry spending came early in his term. “We’re going to create specific cost targets for all sectors to achieve, and we are going to assess penalties if they don’t achieve those targets,” Newsom said in January 2020. “If that didn’t wake up members of the system, I don’t know what will.”

Newsom’s wake-up call came on the heels of tense legislative debates on bills that would have empowered the state to set healthcare prices and created a single-payer system. The measures gained surprising momentum but ultimately buckled under opposition from healthcare giants.

Then the COVID-19 crisis hit and propelled the recall effort to oust him from office — and the wake-up call was met with a slap of the snooze button. The governor and his health industry allies nestled closer. Just as he needed them to be the state’s front line of defense, they needed him to keep hospitals from overflowing, to secure protective gear and to push vaccinations.

Carmela Coyle, head of the California Hospital Association, stood beside Newsom at the state emergency operations center in the early days of the COVID crisis, and Paul Markovich, CEO of Blue Shield of California, obtained a lucrative no-bid state vaccination contract to implement Newsom’s vaccination effort.

The coziness of the industry’s relationship with Newsom burst into public view in late 2020 when he was photographed dining at the ritzy French Laundry restaurant with Dustin Corcoran and Janus Norman, the CEO and top lobbyist, respectively, of the state doctors’ lobby, the California Medical Association.

“There is no possible way we could have come out of this COVID crisis where the healthcare industry was given so much power without influence coming along with that,” said Carmen Balber, executive director of the advocacy group Consumer Watchdog.

Newsom did not respond to questions about the industry’s influence, but spokesperson Alex Stack said his proposal to regulate healthcare spending “is a priority for this administration, and we look forward to continuing to work on this issue to get it done.”

Doctors and Blue Shield have given Newsom millions of dollars to support his political career over many years, including a $20 million donation in September 2020 from Blue Shield for his homelessness initiatives.

The recall effort earlier this year only solidified Newsom’s relationship with healthcare executives. Industry groups wrote checks to the California Democratic Party, which fought to keep Newsom in office. It received $1 million each from Blue Shield and the hospital lobby and $875,000 from the doctors’ lobby, according to state campaign finance records.

Though Newsom vowed to go after the industry, he hasn’t aggressively taken it on, and healthcare executives and lobbyists continue to wield their influence as they shape the debate over the Office of Health Care Affordability.

That could put Newsom in a political bind as he runs for reelection — first in the June 2022 primary and then the November general election — because he will face intense opposing political pressure from liberal Democrats who want him to keep his campaign promise and adopt single-payer.

“This issue isn’t going away — it does need to be addressed,” acknowledged Corcoran. The push to control costs “should be uncomfortable for everybody, but not horribly so.”

But it won’t be easy. After powerful industry leaders joined forces with organized labor and consumer advocates to propose a plan to the governor, they jammed negotiations with their demands, splintering the coalition and killing the effort this year.

Coyle, with the hospital association, had left the coalition early out of concern that hospitals were the primary target, and approached the Newsom administration independently. She is also asking Newsom to relax stringent earthquake safety standards for hospitals.

Corcoran wants to exempt “small” doctor practices — which he defines as practices with up to 100 doctors — from regulation, arguing that restrictive government cost controls could put them out of business, leading to increased industry consolidation and higher prices.

“The goal posts were constantly shifting,” said Yasmin Peled, a lobbyist for the advocacy group Health Access California, which was involved in negotiations. “The asks were constantly changing.”

Before negotiations completely broke down, Newsom embraced the idea floated by Coyle: The state should control growth, not impose revenue cuts. And it should not focus only on hospitals, but apply to all healthcare sectors, including doctors and insurers. (The pharmaceutical industry would not be subject to the cost control provisions of the measure because of restrictions in federal law, according to Wood’s office.)

With battle lines drawn, industry groups are poised for a major fight next year as Newsom and state Democratic lawmakers muscle through legislation. Their primary goal will be to protect their interests, said Mark Peterson, a professor of public policy, political science and law at UCLA.

“There’s no question this industry has power. The real question is what they do with it,” Peterson said. “They’re getting wins, and important ones.”

Kaiser Health News is a national health policy news service. It is an editorially independent program of the Henry J. Kaiser Family Foundation which is not affiliated with Kaiser Permanente.