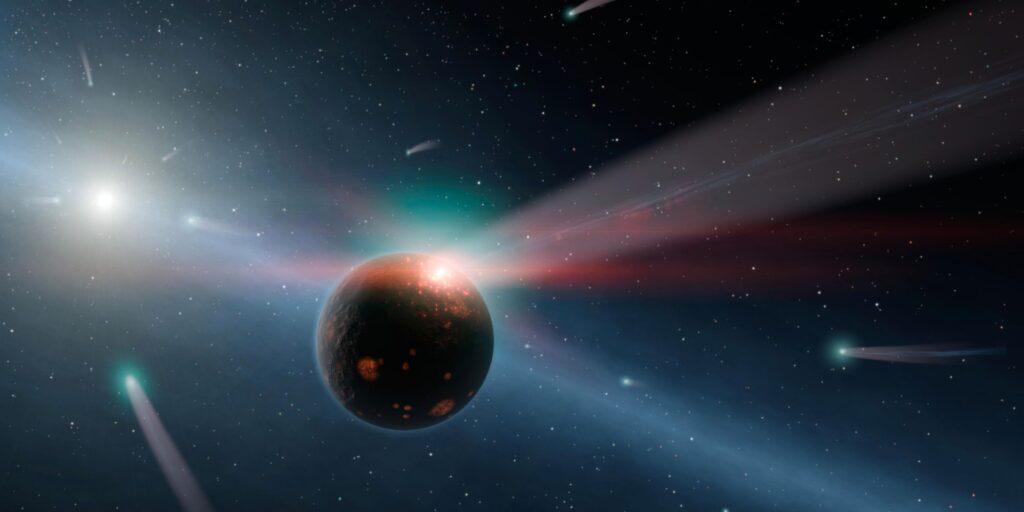 Comets are a frequent and gorgeous occurrence in outer space, and a study recently outlined plans for how scientists could watch them be created in real-time. As it’s been proven time and time again, the mysteries of space are continually fascinating. Planets in our Solar System have many stories to tell, faraway galaxies hold countless other secrets, and there’s a constant drive in the science community to uncover as many of these as possible.

Thanks to constantly advancing technology, each day brings us closer to answering previously unsolvable questions. In 2021 alone, there have been numerous milestones in the space exploration world. Perseverance collected the first Martian rock sample that’ll be returned to Earth, InSight created the first interior map of Mars, and Ingenuity became the first helicopter to fly on an alien planet. In that context, it’s almost unfathomable to think what we’ll be able to achieve in 5, 10, or 50 years down the road.

Thanks to a new study from the University of Chicago, researchers have now outlined plans for astronomers to follow the creation of a comet from start to finish. More specifically, the study describes how we could document comet creation that takes place in Jupiter’s orbit. As described by the author of the paper, Darryl Seligman, “This would be an amazing opportunity to see a pristine comet ‘turn on’ for the first time.”

Comets and asteroids come from many places in our Solar System. There’s a well-known asteroid belt near Mars, along with the Kuiper belt just beyond Neptune’s orbit. One destination that’s less understood is an area between Jupiter and Neptune. Between the two planets is a group of ‘centaurs’ — large chunks of ice that are from the Solar System’s earliest days. Every now and then, these centaurs are pulled into Jupiter’s orbit, shot off towards Earth, and transform into stunning comets hurtling through space.

While this whole process remains relatively unknown, Seligman believes there’s an easy way to document it. In short, humans could send a spacecraft to Jupiter and have it stay there in its orbit. Then, once a centaur enters orbit and eventually leaves, the spacecraft could also leave Jupiter and fly alongside the centaur to watch its entire journey. That may sound like a farfetched idea, but as the study explains, all of the required technology already exists. NASA’s Juno orbiter is orbiting Jupiter at this very moment, and a Japanese spacecraft returned samples from an asteroid late last year. The timing also lines up. It only takes about five years to get a spacecraft from Earth to Jupiter’s orbit. Scientists have already confirmed another centaur will enter Jupiter’s orbit in 2063. On top of that, there’s reason to believe another 10 centaurs could also enter orbit within the next 40 years.

Along with the mission being technically possible, Seligman also uses the study to double down on why it’s so important to act on. As he puts it, “It would yield a treasure trove of information about how comets move and why, how the solar system formed, and even how Earth-like planets form.” It’s unclear if/when a mission like this would actually happen, but here’s to hoping someone at NASA (or another organization) is listening to what Seligman is saying.