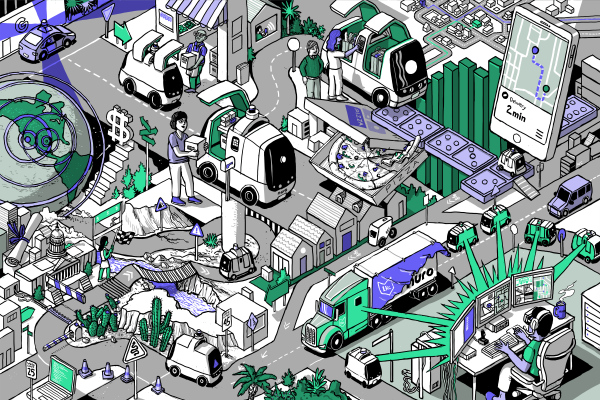 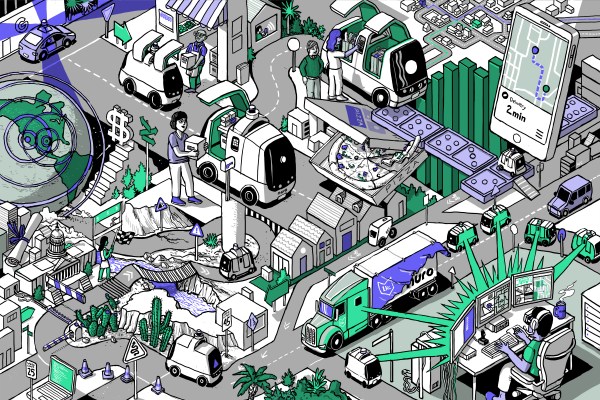 Six years ago, I sat in the Google self-driving project’s Firefly vehicle — which I described, at the time, as a “little gumdrop on wheels” — and let it ferry me around a closed course in Mountain View, California.

Little did I know that two of the people behind Firefly’s ability to see and perceive the world around it and react to that information would soon leave to start and steer an autonomous vehicle company of their very own.

Dave Ferguson and Jiajun Zhu aren’t the only Google self-driving project employees to launch an AV startup, but they might be the most underrated. Their company, Nuro, is valued at $5 billion and has high-profile partnerships with leaders in retail, logistics and food including FedEx, Domino’s and Walmart. And, they seem to have navigated the regulatory obstacle course with success — at least so far.

Yet, Nuro has remained largely in the shadows of other autonomous vehicle companies. Perhaps it’s because Nuro’s focus on autonomous delivery hasn’t captured the imagination of a general public that envisions themselves being whisked away in a robotaxi. Or it might be that they’re quieter.

Those quiet days might be coming to an end soon.

This series aims to look under Nuro’s hood, so to speak, from its earliest days as a startup to where it might be headed next — and with whom.

The lead writer of this EC-1 is Mark Harris, a freelance reporter known for investigative and long-form articles on science and technology. Our resident scoop machine, Harris is based in Seattle and also writes for Wired, The Guardian, The Economist, MIT Technology Review and Scientific American. He has broken stories about self-driving vehicles, giant airships, AI body scanners, faulty defibrillators and monkey-powered robots. In 2014, he was a Knight Science Journalism Fellow at MIT, and in 2015 he won the AAAS Kavli Science Journalism Gold Award.

The lead editor of this EC-1 was Kirsten Korosec, transportation editor at TechCrunch (that’s me), who has been writing about autonomous vehicles and the people behind them since 2014; OK maybe earlier. The assistant editor for this series was Ram Iyer, the copy editor was Richard Dal Porto, and illustrations were drawn by Nigel Sussman. The EC-1 series editor is Danny Crichton.

Nuro had no say in the content of this analysis and did not get advance access to it. Harris nor Korosec have any financial ties to Nuro.

The Nuro EC-1 comprises four articles numbering 10,600 words and a reading time of 43 minutes. Here are the topics we’ll be dialing into:

We’re always iterating on the EC-1 format. If you have questions, comments or ideas, please send an email to TechCrunch Managing Editor Danny Crichton at danny@techcrunch.com.