“I thought you couldn’t eat dairy?” said a friend as she stuck a fork into a creamy dollop of burrata with sage-roasted squash and pumpkin seeds that I’d just placed on the table. I was hosting friends for dinner and her question set a precedent for the remaining courses. We grazed on sourdough and butter; the main course was pasta; while dessert was a warm, spiced apple cake with ice cream.

She was right to ask. As well as being allergic to dairy, nuts send me into anaphylactic shock and I’m also intolerant to gluten. Yet this quintessentially allergen-heavy meal was free from those ingredients. More importantly, it was delicious.

Just a couple of years ago, free-from food was predominantly free from fun. The chocolates were bland, the cheese like plastic, while breads and cereals had the taste and texture of cardboard. If I wanted a decent birthday cake? Forget it. I could barely swallow the slice of a free-from caterpillar cake I had for my 30th.

But the boom in veganism has driven demand for high-quality, dietary-friendly foods across the spectrum. Globally, the gluten-free market alone is set to be worth $9.99bn by 2028, according to a report by Fortune Business Insights. And the uptick in clean-eating trends such as keto and paleo suggests the food industry is shifting in a free-from direction.

In response to this new market has come a wave of brands focused on “taste, texture and visuals”, according to Axel Katalan, a former chef and founder of the plant-based cheesemaker Julienne Bruno. Sold in Selfridges and Panzer’s Deli in north London, Julienne Bruno’s slick-looking tubs have undeniably helped shift perceptions. Philip Khoury, head pastry chef at Harrods, uses Katalan’s cheeses for his creations for the food halls: “It isn’t the fact it’s a vegan alternative,” he says. “It’s a delight that stands on its own.” Katalan’s fermented cheese brand offers three iterations made from soya and coconut (many plant-based cheeses use cashews; nuts are now harder for the averse to avoid). There’s the spreadable Crematta, the Superstraccia (ideal for pizza) and the Burella that festooned my table.

Gluten-free is another growing sector where quality and craft are key. “Commercially manufactured breads tend to be a cocktail of chemicals, made using cheap white flours, with any goodness just added in,” says Tanya Young, owner of the gluten-free Knife & Fork bakery in Oxfordshire (which also sells online) – her turmeric and cumin loaf pushes the boundaries of what free-from bread can be. Made without macaroni, Borough Kitchen in London offers fresh pasta-making masterclasses with chef Cecilia Luppi, or buy from the family-run Tenuta Marmorelle, which makes it in all shapes and sizes using corn and rice flour, and delivers across the UK.

For tantalising treats in New York, head to 7 Grain Army in Brooklyn, which sells great gluten-free cookies and muffins, but it’s the fluffy rosemary focaccias, made using rice and millet grain, that truly inspire the snaking queues outside. There’s also Atelier Sucré in Manhattan, which hosts virtual and IRL sessions centred on formerly out-of-reach delicacies – the French macaron class is a bestseller.

Big brands are also beginning to cater for this market. Nestlé released a vegan KitKat, which sold out in the UK almost overnight. Meanwhile, Oatly’s new Greek yoghurt has the creamy thick texture of the classic, and Alpro’s This Is Not M*lk tastes spookily similar to cow’s. “We need to make plant-based alternatives desirable at every occasion,” says Sofia Ehlde, executive vice-president of food innovation at Oatly. “Figures show that in 2021 one in three Britons bought dairy alternatives in the past year, citing health or sustainability as the reason.” 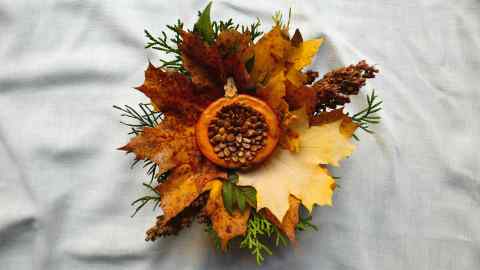 Michaela Pontiki, founder of the vegan Arapina bakery in south-east London, wants free-from to become a developed sector within the culinary scene, “rather than a suffix”. Her birthday cakes are light as air and ridiculously moreish. “We don’t want to have to justify our position,” she says. “Our desserts can stand up next to any ordinary cake.” Very hungry caterpillars included.