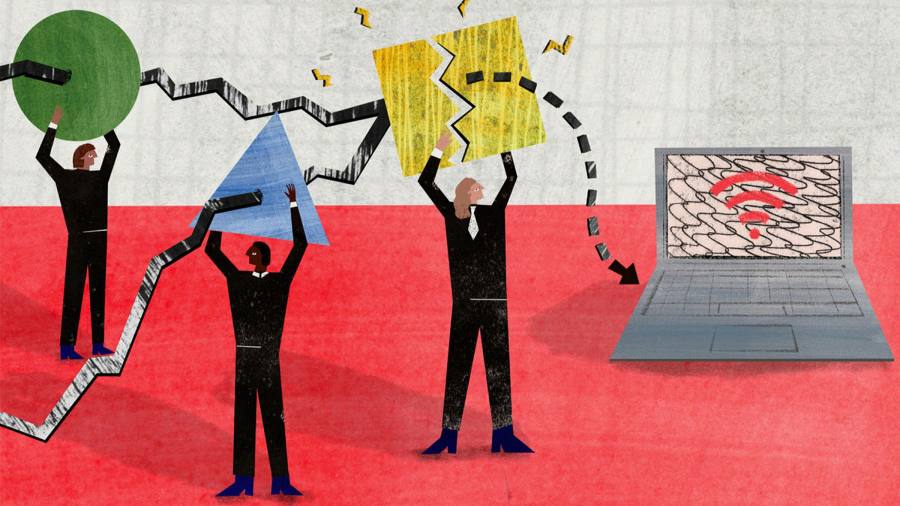 Excessively fragile, overdependent on unproven companies and prone to human errors that can wipe out service to millions — the outages that often hit online services can make the internet feel like a house of cards. Digital life has become so important during the pandemic, why do we depend on a communications network whose reliability seems so volatile?

Last week’s object lesson in internet fallibility was served up by Fastly, which operates one of the largest content delivery networks. Private networks like this act as an enhancement to the public internet, offering a higher level of assurance to media companies and others that their digital content will reach users reliably and quickly.

Except that wasn’t how it turned out for Fastly’s customers. A new piece of software on its computers encountered a customer who had configured a server in a way that it couldn’t deal with, bringing the entire network down. Spotify listeners, viewers of the video game streaming service Twitch and some readers of the Financial Times were among those temporarily cut off.

The failure is a reminder that “bugs” lie buried in all new software programs. Maybe artificial intelligence will one day be able to anticipate and fix all the situations in which a piece of software can fail. But that’s not something humans can do now.

The periodic outages that leave internet users fuming can ultimately be traced back to human error. A year ago, a content delivery network run by Cloudflare also failed after a mistake made in the configuration of a single router. Or take the fault that hit customers of Amazon Web Services, the biggest supplier of cloud computing infrastructure, last November. Its engineers plugged more new servers into their network than the software could handle. Internet-connected Ring doorbells stopped working and players of Pokémon Go were left to fend for themselves.

Failures like these are not the result of foundational weaknesses in the internet. They are caused by glitches in services that have been built on top of it. The growing complexity of the overall system, the interdependencies it creates and the huge scale at which many services now operate have all amplified the impact of any problems.

Perhaps that explains the instinctive reaction that some sort of external intervention is in order. The internet seems as important as most utilities, so why isn’t it regulated like one? One answer is that what happened at Fastly was an isolated service disruption limited to that company’s customers, all of whom have the choice of picking alternative suppliers.

There is also the question of whether too much of the internet’s infrastructure rests in the hands of small, little-known companies. But at a time when so much power online has already consolidated, do we want the fabric of the medium itself to come under the control of an oligopoly? Also, big companies are as prone to failure as small ones.

The Fastly incident is a reminder of how competition and innovation among highly specialist service providers have shaped the internet. They are far from infallible, but private services like this have turned the internet, a best-efforts network that was never intended for commercial use, into the backbone of the world’s digital economy.

Perhaps the spotlight should really be falling on Fastly’s customers. Businesses and governments are increasingly dependent on digital services. What are they doing to ensure continuity when a key supplier slips?

Like many outages, last week’s turned out to be shortlived. Fastly claimed to have put its house back in order in under an hour. Its shares ended the day up 11 per cent. It was proof, perhaps, of the adage that there is no such thing as bad publicity — and a sign of the resilience that has always been the internet’s great strength.