Sign up to myFT Daily Digest to be the first to know about Carbon trading news.

The EU carbon price touched an all-time high on Monday, as the prospect of tighter environmental regulations, as well as a brief reduction in supply this week, pushed the market to a new record.

Futures prices passed €61 in intraday trading on Monday — double their levels from a year ago — before falling back to close at €60.60.

The EU compliance market trades in credits, known as allowances, that give the owner permission to emit one tonne of carbon dioxide. Larger producers including most coal power plants are required by the EU to purchase enough allowances to cover their emissions.

Ingvild Sorhus, lead analyst for EU carbon at Refinitiv, said the anticipation of tight gas supplies in Europe was one factor driving up prices.

As autumn arrived, high gas prices could mean that more coal was burnt for power and heat this winter, creating greater demand for carbon allowances to cover the resulting emissions, said Sorhus.

“The recent rally has been driven by the stressed gas market, because the European gas market is quite tight,” she said. “There is nervousness that we are heading into winter with insufficient gas supply.”

In addition, the regular schedule of auctions in which new allowances are released on to the market is reduced this week due to holidays. This means fewer new carbon allowances will be available than would normally be the case.

The EU’s carbon market — the largest mandatory emissions trading scheme in the world — is seen as a bellwether for global carbon pricing.

A number of countries, including the US, are examining whether to introduce carbon pricing systems as a way to curb emissions. 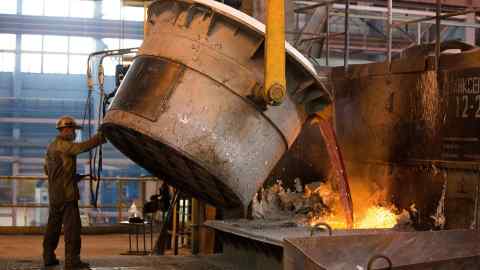 Brussels is also considering proposals for a carbon border adjustment mechanism, which would impose a levy on certain imports from countries with no carbon pricing.

EU carbon prices have risen from about €30 per tonne at the start of this year, to about €40 in March, then €50 in May, before passing €60 on Monday for the first time.

Sorhus said that Monday’s high was approximately the 40th time this year that the carbon price had set a new record.