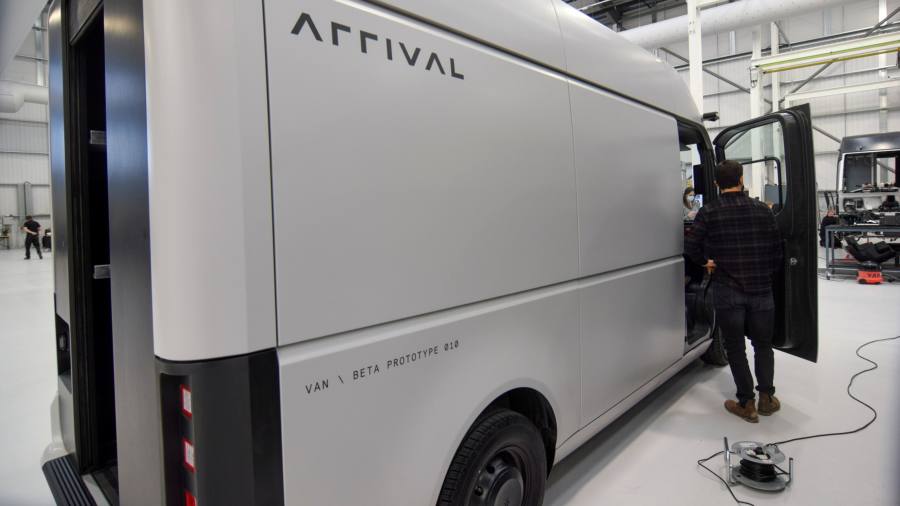 Denis Sverdlov, the billionaire founder of UK electric vehicle start-up Arrival, is stepping down as chief executive and will be replaced by the man who sold Marvel Entertainment to Walt Disney.

Russian-born Sverdlov will become chair of Arrival, which was backed by Hyundai and was once valued at $15bn but is now struggling to kick-start production and is burning through its cash pile.

The day-to-day running of the UK start-up will be handed to Peter Cuneo, who led Marvel when Disney acquired it for $4bn in 2009. Cuneo has been chair of Arrival since March last year.

Cuneo ran the special purpose acquisition company, or Spac, that merged with Arrival early last year, taking the start-up on to the stock market in New York. Arrival shares have since plunged more than 95 per cent.

Arrival also said on Thursday that Avinash Rugoobur, its president and head of strategy, is stepping down. The company said Rugoobur, a former General Motors director who was Arrival’s first high-profile hire from the auto industry in 2019, has resigned for “personal reasons” but will remain on the board.

The shake-up comes after Arrival earlier this year announced job cuts and ditched plans to start building vans in the UK and buses. Last month, the group warned it did not have enough cash to remain a “going concern”, and said it required fresh funding to bring its US van, the company’s only product, to market.

At the start of November, the Financial Times reported that the project has been delayed, while the company has been beset by problems including low staff morale, a vehicle fire and internal revelations about a previously undisclosed aircraft project codenamed “Jet”.

Sverdlov said on Thursday that he was “more committed than ever to ensuring Arrival’s success, and I will continue to act in the best interests of the company, shareholders, customers, partners and employees”.

Cueno, who is taking the chief role on in an interim basis, said he intended “to bring the full depth of my experience to this operational role, ensuring that the company executes on its next set of strategic goals”.

Rexford Tibbens, the former operations boss of Lyft who joined Arrival’s board after it went public, will take over responsibility for strategy and operations.